The store will not work correctly in the case when cookies are disabled.
Innovation Men EDT
إحالة الأصدقاء 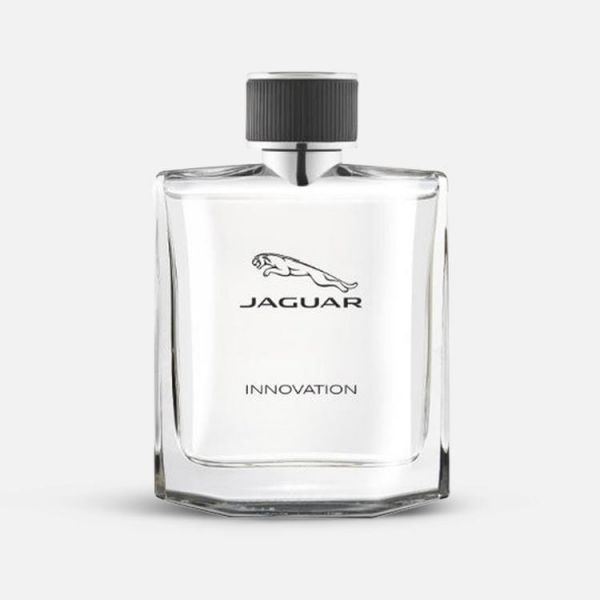 Innovation by Jaguar is a woody aromatic fragrance for men. It was launched in 2014. The nose behind this fragrance is Michel Almairac. Top notes are Bergamot, Grapefruit and Green Apple; middle notes are Patchouli, Cedar and Iris; base notes are Leather, Musk and Sea Notes. Our scent is intensified by the warmth of your own body. Apply in the creases of your skin and neck for a longer-lasting, stronger scent. After applying, avoid rubbing or dabbing skin. This breaks down the fragrance, causing it to wear off more quickly. If you prefer placing fragrance on your wrists, reapply after frequent hand-washing to refresh the scent.

Jaguar Cars Ltd, usually referred to as Jaguar, is a luxury car manufacturer from the Coventry area in England, UK. As it is part of the Jaguar Land Rover group, it belongs to the parent company Tata Motors which is based in India.

Jaguar is one of the most well known luxury vehicles in the world. Sir William Lyons founded the company as a manufacturer of sidecars for motorcycles in 1922, and named it Swallow Sidecar Company. After the Second World War the company name was changed to Jaguar. Jaguar who had also ventured into the car manufacturing sector then merged with the British Motor Corporation. In 1984, after being listed on the London Stock Exchange, Jaguar became part of its FTSE100 Index until their acquisition by Ford in 1989.