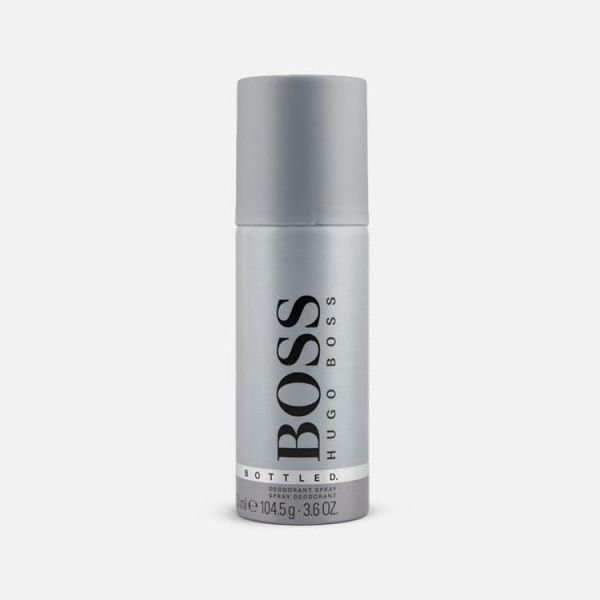 Hugo Boss Bottled Unlimited is an aromatic fougere scent with a blend of notes. It is delegated to the nose as a fruity-green and citrus opening top note including grapefruit, mint and violet leaf. The flower and fruity heart place notes mix in with rose, pineapple and cinnamon while the profound woody and golden base notes have an effect of woody.

Hugo Boss Bottled deodorant spray combines elegance and style, designed with the modern man in mind, is an iconic classic, and the encapsulation of Boss in a fragrance. Hugo Boss is known for its classic clothing lines for men and women, but its fragrances are best-sellers as well. The HUGO BOSS Man is primed to succeed - competitive, driven, and ambitious. His daily preparation rituals are integral to his pursuit of success.

Hugo Boss Bottled deodorant spray combines elegance and style, it was designed with the modern man in mind. Vibrant with fresh and sensuous notes, the fragrance exudes distinction, sophistication, and pure joie de vivre. Balancing with a fresh and fruity top note, the warm, spicy-floral heart is dominated by geraniums and seasoned with just a dab of clove. The base note is decidedly male, a vibrating harmony of sandalwood, cedar, and vetiver. Keep fresh from dawn to dusk with this captivating scent.