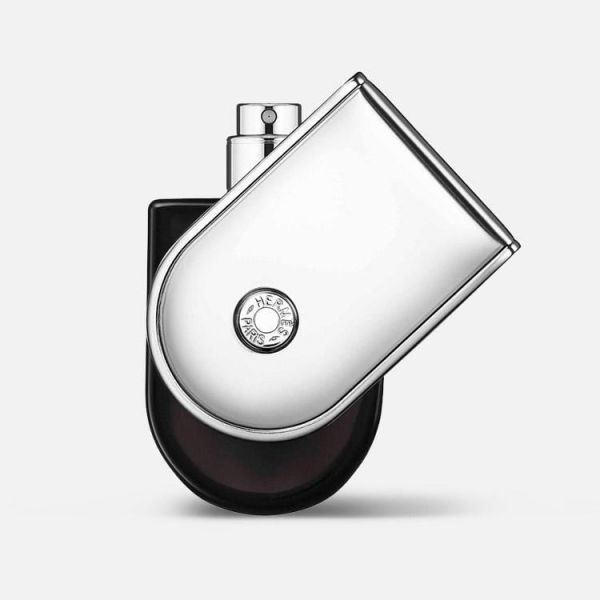 Hermes Voyage d'Hermes Parfum, by Hermes is a Woody Floral Musk fragrance for women and men launched in 2012. This fragrance has added floral notes of rose and warm amber to the original Voyage d'Hermes scent. The top notes open with lemon, cardamom, and spices. The heart contains hedione, floral notes with accentuated rose, green notes, and tea notes, all wrapped in a trail of musky woods juxtaposed against warm amber. Hermes Voyage d'Hermes Parfum belongs to the Voyage d'Hermes collection. Hermes cologne intensifies the fragrance as it permeates your body. Apply in the creases of your skin and neck for a longer-lasting, stronger scent. After applying, avoid rubbing or dabbing skin. This breaks down the fragrance, causing it to wear off more quickly. If you prefer placing a cologne on your wrists, be sure to reapply after frequent hand-washing, as this tends to rinse off the scent.

Hermes is a French luxury goods house. Hermes began in 1837 by Thierry Hermes. Hermes was focused on equestrian accessories, but now makes leather handbags, scarves, accessories and fashion and fragrance. For Hermes, the perfume adventure begins in 1951 with Eau D Hermes, composed by Edmond Roudnitska, who was one of the greatest creative spirits of the world of fragrances. Hermes has been creating scents for over 140 years. Ten years later, the birth of Caleche, the establishment’s first women’s perfume, confirmed the involvement of Hermes in the craft of perfume creation. Since then, fragrance has followed fragrance, each signed by the great names of perfume design. The arrival of Jean-Claude Ellena, in 2004, as the in-house perfumer for Hermes was a decisive step for them as an artist of olfactory emotion and an aesthete who goes beyond scale and material he shares Hermes sense of craftsmanship and expertise. The encounter between Edmond Roudnitska and Emile Hermes gave birth to Eau D Hermes which remains one of the crowning glories of French perfumery. In 1961, at the prompting of Jean-Rene Guerrand, the perfumer Guy Robert composed Caleche which instantly transformed Hermes into one of the major players of modern perfumery. Nine years later, moreover, he would be the author of Equipage, the House's first perfume for men..