The store will not work correctly in the case when cookies are disabled.
Eau de Moiselle Absolu Doranger EDP
إحالة الأصدقاء 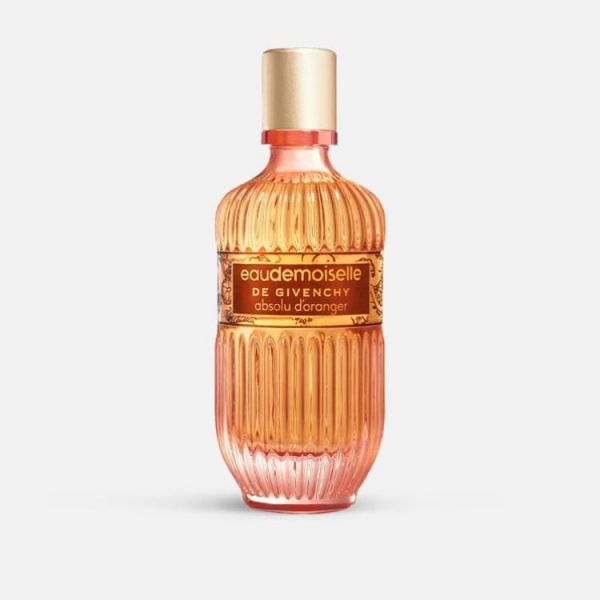 Givenchy presented Eaudemoiselle de Givenchy in 2010, followed by its flankers Eau Fraiche, Eau Florale and Bois de Oud from 2012. In early 2015, a limited edition for the Middle East market is launched Eaudemoiselle de Givenchy Absolu d'Oranger. Announced as a luxurious and sophisticated fragrance, it is created specifically for the Orient with intense floral accords of orange and rose. The heart includes warm accords of rice, incense and precious woods, laid on the base of tonka bean and vanilla.

The Givenchy fragrance is intensified by the warmth of your own body. Apply in the creases of skin and neck, wearing off more quickly. After applying, avoid rubbing or dabbing skin. This breaks down the fragrance, causing it to wear off more quickly. If you prefer placing fragrance on your wrists, be sure to reapply after frequent hand-washing, as this tends to rinse off the scent.

Givenchy is a french fashion and perfume brand, founded by Count Hubert de Givenchy in 1952. The house established a reputation for its unique blend of female female elegance and American glamour; the story of the House was embodied particularly in the look of actress Audrey Hepburn. Givenchy created a personal wardrobe for the actress as well as creating costumes for her film roles. The company's chic fashions were favoured by many celebrities in the 1960s.

It's a well-known fact that Givenchy has become one of the most sought after designer labels. The brand's success continues into the 21st century, crossing all segments of the market. They continue to produce their beloved classic perfumes such as Amarige and Xeryus while maintaining relevance in the marketplace with newer fruity florals and youthful fragrances advertised by popular celebrities such as Liv Tyler and Justin Timberlake. The company launched its luxurious and exclusive "Harvest" series in 2005, highlighting a particular note in an existing fragrance with precious and rare blossoms harvested in the prior year.